Palantir IPO: Is Palantir the Next Big Digital Business Platform?September 11, 2020

Living Through a Disaster: Are You and Your Employees Prepared?September 2, 2020

Zoom Revenue Surges Due to Remote Work and Remote LearningSeptember 1, 2020

How We Helped Our Cloud SaaS Client Create A New Pricing StrategySeptember 1, 2020

5 Use Cases Of How Digital Transaction Management Drives Business ContinuitySeptember 1, 2020

Cisco Doubles Down On Intelligence With BabbleLabs AcquisitionAugust 28, 2020
‹›

Google Cloud Next 2017: Doubling Down on Machine Learning by Jim Lundy (Aragon Research) – Google held its annual Google Enterprise event called Google Cloud Next 2017 and with it came a flurry of announcements and partnerships, including a significant one that allows SAP Hana to run on Google Cloud. That said, there are a number of significant moves to allow more firms to take advantage of Machine Learning on the Google Cloud. This blog analyzes some of the announcements Google made at Cloud Next. 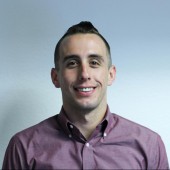